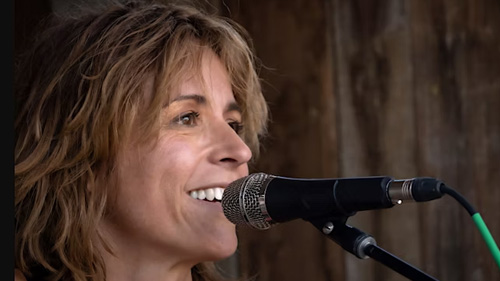 Aug 28
Quenby and Kevin at Jimmy's Roadhouse
Date: Saturday, August 28th, 2021
Time: 7:00 - 9:00pm
Jimmy's Roadhouse
424 MT-78 , Red Lodge
Cost: $20
Website: www.facebook.com/jimmysroadhouse78
Phone: 603-818-2637
Quenby Iandiorio was introduced to the Country/Americana scene during her time in LA from `97-`09. But after years of enjoying her friends from out front, she decided it was time to have a go at it from up on stage. Late in `07 she picked up the guitar in earnest which was followed very quickly by recording her first song and shortly after by compiling her first band.

By `09, Q’s desire to take the band all the way made a move to Texas inevitable, so she and original drummer, Clint Short (Shurman, Stonehoney, Weldon Henson), pulled up stakes and relocated to Austin.

Since then she has made four successful tours of the Northern and Northwestern U.S. resulting in her latest move to Livingston, MT from where she books and maintains a full-time performing and touring schedule with local musicians with a stable of talented local musicians.