Culture, Entertainment and History
Catch the spirit of today at one of the many art and photographic galleries in town.

Showcasing original operating vehicles and associated memorabilia used in Yellowstone Park prior to World War II; all displayed in a historic garage located in the historic Commerical District of Red Lodge. Trips for groups and families in one of the historic buses up the Beartooth Highway may be arranged. more...

The town of Red Lodge was officially established in 1884. But long before the arrival of permanent settlers, this valley was Crow country, serving the Crow Indians each summer as a place to worship, rest and hunt.

When the Rocky Fork Coal Company opened the area’s first mine in 1887, hundreds of immigrants – Finns, Scots, Irish, Italians and Slavs – arrived and dug in. During this boom time, Red Lodge was a lively place, with 20 saloons and a burgeoning population.

John “Liver Eatin’” Johnston lived here then. According to legend, Johnston was a “giant in stature and a grizzly bear in appearance” who earned his name by gouging out and consuming the livers of those who crossed him. (A reputation that surely served him well during his stint as the town’s deputy sheriff.) Johnston’s log cabin now stands next to the Red Lodge Visitor’s Center on the north end of town.

In 1897, guests of The Pollard Hotel witnessed the Sundance Kid rob the Red Lodge Bank across the street. Buffalo Bill Cody, William Jennings Bryan, Calamity Jane and Frederic Remington are among those on the hotel’s long and colorful guest register.

The advent of strip mining in southeastern Montana in the 1920s signaled the beginning of the end of the Red Lodge coal boom. In 1924, the West Side Mine closed. The Great Depression forced more mines to close, and in 1943 an underground explosion killed 74 men at the Smith Mine in Bearcreek four miles east of Red Lodge, devastating the community and effectively ending coal mining in Carbon County. 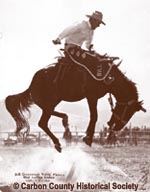 Not to be outwitted by the national economy, Red Lodge denizens came up with a worthwhile alternative to coal: Following the Depression, locally produced bootleg liquor – or “cough syrup” – replaced coal as the town’s lucrative export, supplying “patients” from the Midwest to the California coast. With the decline of mining, the town also began to look to tourism as an answer to its economic woes. Early efforts to draw visitors to the area include the See ‘Em Alive Zoo and the construction of the Beartooth Scenic Byway to Yellowstone National Park, which began in 1931.

By the mid-20th century, tourism, recreation, and ranching replaced coal (and bootlegging) as the town’s main source of income. Today, Red Lodge is still a working agricultural town. Thanks in no small part to the town’s preservation of and appreciation for its colorful past, it’s also a fascinating destination where history is not so much a thing of the past as it is a vibrant part of the present.

For an in-depth look at Red Lodge’s colorful history, be sure to check out the Carbon County Historical Museum at 224 North Broadway, 406-446-3667. A wide variety of Red Lodge historical books are available at the Museum Mercantile and in many stores throughout Red Lodge.

Step into the Past…
Red Lodge’s Historic Walking Tour

For those of you wanting to explore Red Lodge’s historically rich neighborhoods up close, a self-guided walking tour is available thanks to the Carbon County Historical Society. The tour will take you to the site of the Sundance Kid’s 1897 bank robbery. It will teach you about the town’s mining boom and the bootlegging heyday that followed the bust. It will guide you to the Victorian “castles” of the Hi Bug district and to the once glorious Theatorium built in 1921 by volunteers and decorated with marble statues imported from Italy. With neighborhoods dubbed “Little Italy” and “Finn Town,” and many buildings on the National Historic Register, Red Lodge is a fascinating place to explore.

Get Your Travel Planner!» 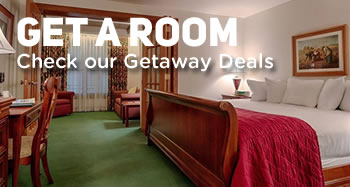